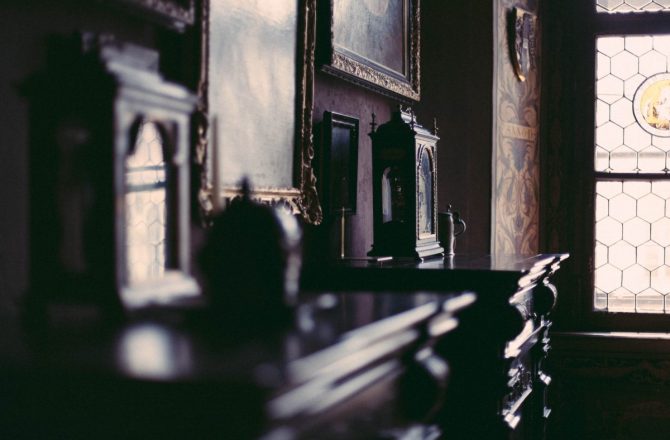 The castle-like Baroque corner house is one of the most attractive sights of the main square of Sopron. In the 15th century it was the property of the Haberleiter family, and provided accommodation for King Matthias in 1482-1483, when he assaulted the town of Vienna. The building became the property of the Sárkány family in the 17th century and then the Festetich family in the 18th century, when it got its final shape (around 1720). The house was bought by the Storno family in 1872.

Characteristics of the house are the two-floored, richly decorated, closed corner balcony and the domed gate surrounded by Tuscan half-columns with the Festetich-crest on it. The so-called Pelican-knocker, probably originates from Ignatius Pelikan arms and weapon keeper of the town in the 17th century, is made from wrought iron with Baroque mountings. In the 15th century the first pharmacy of Sopron, the Black Elephant functioned in the Storno house, on the place of nowadays Corvinus Restaurant. The Storno Collection can be seen in the rooms of the second floor of the building. The family originates from the Tessin region of Switzerland. The older Ferenc Storno was born in Eisenstadt (Austria) in 1821 and grew up in Landshut (Bavaria). His talent in drawing came up in his young age but the poor family was not able to manage his education. He was forced to continue his father’s profession but he spent all his leisure time by drawing. He settled in Sopron in 1845 and immediately found a job as a chimney-sweeper. After his master’s death, he married the widow to continue the business. He soon became one of the most popular restorers of the Monarchy with the help of his mentors, who recognized and appreciated his talent. He could work in Vienna for some months in 1850. He dealt with monument valuation and design for Prince Leopold Habsburg among the others. He joined the monument research project of Hungary in 1860. He took part among others in the restoration of the St. Michael Church in Sopron and the grave and church reconstruction of the Abbey of Pannonhalma (1880-1875). He worked with his sons, Ferenc and Kálmán, from the 1870’s. The boys were chimney-sweepers by profession according to the family traditions and they studied art at foreign academies.

Ferenc Storno and later his sons and their sons also collected and saved a lot of art treasures and masterpieces. This was the foundation of the famous Storno Collection. The rooms decorated with antique pieces of furniture as well as the works of family members give a true picture of house decoration at the end of the 19th century. The collection consists of valuable items of furniture, arms and weapons, china and glass art work, which can be seen in the rooms of the second floor, where the family lived from 1875 to 1984.